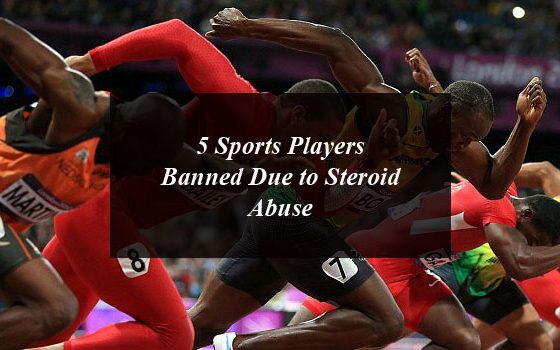 As a result of the competitive nature of sports, there is always that need to rise to the occasion by athletes all the time. Be it football, athletics, baseball etc. being the best is top priority.

Some have been able to achieve success through the more effective means which is hard work. Whilst others that decided to opt for the use of Banned substances like Steroids, stimulants etc.  to get to glory heights in their individual sports have paid dearly for it one way or the other.

They were either prosecuted or stripped off whatever Award or Medal of Honor their act of rebelliousness made them earn.

Since the birth of WADA (World Anti-Doping Agency) in 1999 by Dick Pound, there has been a long hard tussle in the sporting world over the use of performance enhancing drugs, For example: steroids.

The goal of the agency is to make all sports to be played fairly amongst athletes from all around the world and also to prevent athletes from using any form of performance enhancing drug.

Other agencies like USADA (US Anti-Doping Agency) which started in 2000 as a nonprofit organization by 9 people, five of which were former Olympic athletes and the remaining four were elected from independent companies. This agency has the ability to test athletes across the nation.

In contrast to the use of steroids to bolster performance, Athletic tape have been used to aid performance and rehabilitation. Although the latter has been seen to have a degree of placebo effect involved in its use.

The use of anabolic steroids has a long standing history. It’s very first use was seen in ancient Greece over two thousand years ago.

The athletes back then would consume in massive quantities of bull and sheep testicles. The end result was an explosive increase in performance, specifically in the areas of strength, speed, and muscular size.

Researches made by scientists in modern times has shown that the use of anabolic steroid had a detrimental effect on its user both physically and mentally.

Physical side effects include intramuscular abscesses and other microbial infections while the adverse effects it had on mental health are depression, aggression and suicidal thoughts but in rare cases.

In this article we would be looking at 5 sports players who were banned for using steroids.

Growing up as a child, MJ was my favorite female runner. When I see her suited up and ready to race, my sixth sense always tells me she would be come out tops. She became an American hero after she won five medals – three of them were gold medals at the 2000 summer Olympics in Sydney, Australia. Her career soon took a nosedive and the crash was a fatal one after she was linked to the BALCO steroids scandal.

In 2007, Jones admitted that she used steroids during the course of her career – and she paid heavily for it.

She was stripped off her medals and also sentenced to 6 months in prison for previously lying under oath about her performance enhancement drug usage.

Tyson gay was one of the best sprinting stars when it was discovered that he was involved in use of PED in 2013 by the US anti-doping agency (USADA). He had already won a silver medal at the 2012 summer Olympics and he also earned the second fastest time in the 100-meter dash with 9.69 seconds run in the 2009 Shanghai Golden Grand Prix.

However, he was stripped off his medal after he was caught and then went ahead to serve a one-year ban from the sport.

Landis was flagged in 2006 after his test sample tested positive for a high ratio of testosterone after he made a comeback in a stage in the Tour de France that to many was considered suspicious.

He was later suspended from the sport by the governing body.

McGwire was one of the very best in the history of the major league soccer. His famous chase of the single-season home run record in 1998 helped him garner all the attention from fans. He set a record of 70 home runs at the time which was later broken by Barry Bonds who was also accused of using P.E.D.

The spotlight was taken away from him when his teammate, Jose Canceco, in his book titled “Juiced” accused him of using performance enhancing drugs. That same year, McGwire testified at a congressional hearing on steroids but declined to answer any questions concerning his P.E.D. use. All came crashing in 2010 when he finally admitted that he used P.E.D. during the course of his career. He went by saying, “I wished I had never touched steroids.”

It would be impossible to mention stars who have fallen to the nemesis created by steroids and not talk about Lance Armstrong! He won the Tour de France seven good times from 1999 to 2005, and also added a bronze medal he won at the 2000 summer Olympics in the men’s individual time trial.

All through his cycling career, he has been subject to numerous doping accusations but denied that he never in any way got engaged in the use of performance enhancement drugs.

Well, after years of denials, Armstrong finally admitted to his usage of PED in an infamous interview with popular TV host, Oprah Winfrey in January 2013. All of which led to the withdrawal of sponsorships by many of his sponsors. And according to Los Angeles Times, Armstrong lost $75million in endorsements following the interview.

Top Online Matrimonial Websites in Pakistan For Getting Perfect Soulmate
How to Block Calls and SMS on Jazz, Warid, Zong, Ufone and Telenor with Call and SMS Block Services