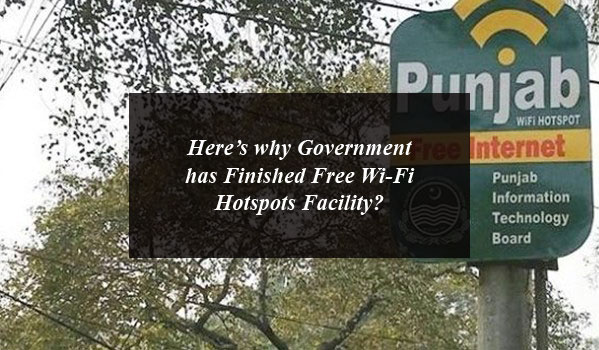 Thegovernment of Punjab has launched the 200 free wifi hotspots across theprovince in 2017 in order to facilitate the people with the advance technology.The government of Punjab had installed the free Wi-Fi hotspots facility in the fivemajor cities of Punjab including Lahore, Rawalpindi, Faisalabad, Multan andBahawalpur and later on added 16 hotspots in Murree.

The free Wi-Fi hotspots facility had been inauguratedby the ex-Punjab Chief Minister Muhammad Shehbaz Sharif in a ceremony at IrfaKareen Software Technology Park.

The each free wifi hotspot had the ability to cater between 800 and 1,500 users, depending on usage at the location. The facility was also available to the journalists at the Lahore Press Club

But now the PTI government has decide to finish the free Wi-Fi facility in public places across the province, including provincial capital. According to details, the Punjab Information Technology Board was providing free facilities for WiFi in public places for the last two years and the Punjab IT Board failed to pay Rs.15 crores for the Pakistan Television Communications Limited (PTCL) in terms of liabilities.

Due to this reason the Punjab government has terminated the project and called it a burden on the treasury.

Sourcessay that the Punjab government’s free WiFi hotspots were facilitating the collegesand university students, but the government has decided to finish this service.

For more details stay in touch with daytimes.pk