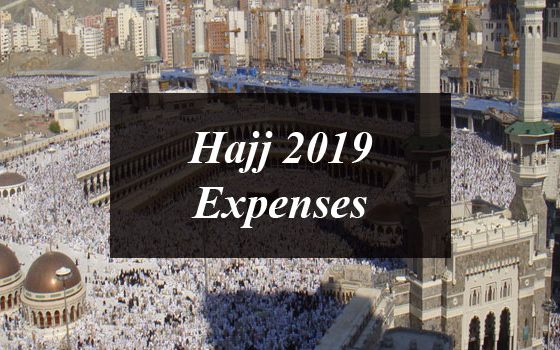 The Ministry of Religious Affairs on has declared the Hajj expenses for the pilgrims intended to perform pilgrimage in 2019. People all across the world perform Hajj and Umrah in a large number every year as the obligatory duty. In Pakistan a large number of people visit Saudi Arabia every year to perform Hajj and the Pakistan International Airlines is responsible to facilitate in offering the travelling service under the government Hajj scheme.

The Pakistan Ministry of Religious Affairs on Tuesday announced the expenses of Hajj 2019 and the new expenses will be applicable for all the pilgrims who will go to perform Hajj in 2019.

For the year 2019 the Hajj pilgrims would be divided in Pakistan in to two zones as North Zone and South Zone. The Ministry of Religious Affairs issued an order to PIA and two more airlines companies which would carry the pilgrims to Saudi Arabia.

As the hajj pilgrimage would be divided into two zones and here are the complete details of the expenses and the cities of the both zones.

Here is the list of the cities which are in the north zone for Hajj 2019;

The hajj expense for the north zone cities would be Rs.105674 PKR with return ticket.

Here is the list of the cities which are in the south zone for Hajj 2019;

The hajj expense for the south zone cities would be Rs. 95448PKR with return ticket.