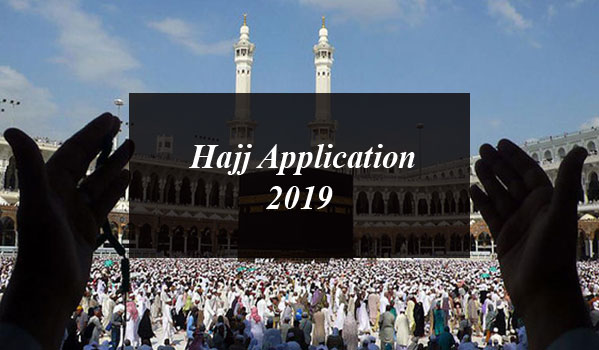 Hajj is the obligatory pillar of Islam and all the Muslim who can afford need to perform it once in a lifetime. The government has declared the hajj policy 2019 in the end of January.

The government has officially announced the hajj policy and the related banks will start accepting the hajj application 2019 form people who want to secure a berth in Government Hajj Scheme.

Government Scheme this year would be required to submit applications for balloting from 25th February, 2019.

184,210 Pakistanis would perform Hajj this year including the additional quota of 5,000 granted by the Saudi government. The additional quota and withdrawn quota of blacklisted HGOs would be distributed among new enlisted Hajj Group Organisers (HGOs).

Last yearthe hajj policy had declared that the official hajj scheme quota was 120,000for government scheme while the 59,210 performed the Hajj through Private HajjScheme. Two percent quota had also been reserved for thehandicap people in the hajj policy 2018.

Now it’s a turn of the hajj policy 2019 which is not yet announced but the government has announced the hajj expenses 2019.

This year Government Hajj Scheme’s proposed package would be Rs.436,975 for Northern which include Islamabad, Lahore, Peshawar, Sialkot, Faisalabad Multan and Rahim Yar Khan and Rs.426,975 for Southern regions of the country which includes Karachi, Quetta and Sukkur. The Pilgrims would have to pay additional Rs.19,451 for Qurbani.

The draw to choose the pilgrims for hajj 2019 through the government hajj scheme will be held on 8th March.
The person who has already performed Hajj through Government Scheme has been declared non-eligible for applying for Hajj; only exception is a Mehram accompanying a woman for Hajj.

The pilgrims will be able to the status of their application after the hajj draw on the ministry’s website, www.mora.gov.pk and www.hajjinfo.org.

Here is the list of banks where the intendedPakistani pilgrims can submit hajj applications;

Required Documents for the Hajj:

Theintended pilgrims need to have the following document before applying for thegovernment hajj scheme 2019;

Womenapplicants must be 45 years of age.

The validity of the Machine Readable Passports of intending pilgrims should be up to 2020. Applicants of over 80 years of age should include the name of their assistant in the group

You can either visit the nearby bank branch to obtain the hajj application forms or also can download it by visiting the official websites of the banks.

For more details stay in touch with daytimes.pk

All About Hajj Applications Under Government Hajj Scheme 2020