After Heavy Snowfall how Murree and Nathyagali Look [Pictures] 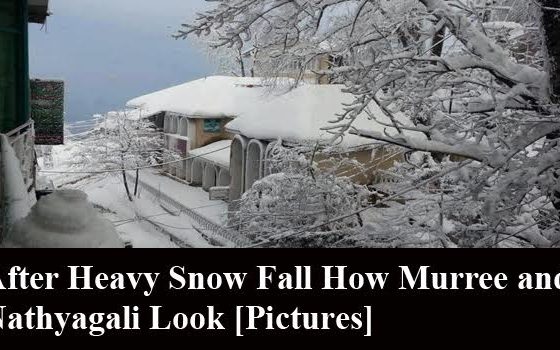 After Heavy Snowfall how Murree and Nathyagali Look [Pictures]. The greatness of cold increased due to heavy rain and season’s first snow fall in many parts of country including twin cities. The season’s first snowfall has also blanketed Murree, Nathyagali , KPK, Gilgit-Baltistan and many other parts of the country after which tourists came in large number to enjoy the weather. In Murree and Nathyagali many cars of tourists were stuck as well due to blockage of roads.

Mountains and trees in Galyat, Malam Jabba and Thandiani also remained under the veil of snow. The clouds and cold wind in Lahore, Karachi, Multan and Islamabad made the weather as well as the moods of people pleasant, and brought winter with them. A number of Pakistanis have already reached Murree and Nathyagali to enjoy the season’s first snowfall of this winter season.

According to Met office the rain and snowfall will continue for few days in many parts of the country.

Have a look at the pictures of Murree and Nathyagali after heavy snow that is really breathtaking.

You can follow us on Twitter, add us to your circle on Google+ or like our Facebook page to keep yourself updated on all the latest from Technology, Entertainment, Sports, Gadgets, Latest Government Jobs, Cooking Recipes, Health and Beauty, Autos and Vehicles and Much More.