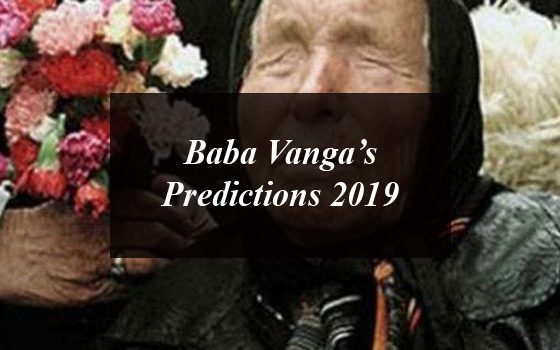 Who is Baba Vanga?

Grandmother Vanga aka Baba Vanga is a blind Bulgarian mystic,clairvoyant, and herbalist. Vanga was born in 1911 to Pando and Paraskeva (Surcheva) Surchev in Strumica and mysteriously lost her vision after she was caught up in a tornado during childhood. She was a premature baby who suffered from health complications. In her childhood, Vangelia was an ordinary child but later on she is being regarded worldwide due to her prophecies and people started calling her Baba Vanga.

The ‘Nostradamus of the Balkans’, died in 1996. But bythe time of her death she got reputation in her home country Bulgaria due toher calming to possess supernatural abilities which permitted her to predict natural disasters and other major events.

she also had predicted a 2016 invasion of Europe by IS, a conflict she predicted would begin with the Arab Spring in 2010.

She raised to reputation across the world after accurately predicting the sinking of the Kursk in 2000.

Supernaturalists claim that, before her death, she forecast the future all the way up to the 51st century, when she said the world will expire.

She was the also the one who had predicted Brexit, the Twin Tower attacks, the Boxing Day tsunami also believed to have forecast more significant events in 2019.

There are some reports claiming that before her death she has prophesied some life-changing happenings for the next year of 2019, such as mega-tsunami similar to the 2004 calamity will strike in Asia that would severely shake Pakistan and India while a meteorite will land in Russia.

She also forecasted the economic downfall of Europe and an assassination attempt on Vladmir Putin from inside his own security team. However it did not specify whether the he would die in the attack.

The shocking fact she had revealed about the Donald Trump that he would fall sick with a furtive disease, leaving him deaf and suffering from brain trauma.

She has millions of followers even after her death who believe she had supernatural abilities including telepathy and being able to interconnect with aliens.