How to Avoid Hajj Scam By Using SMS Service? 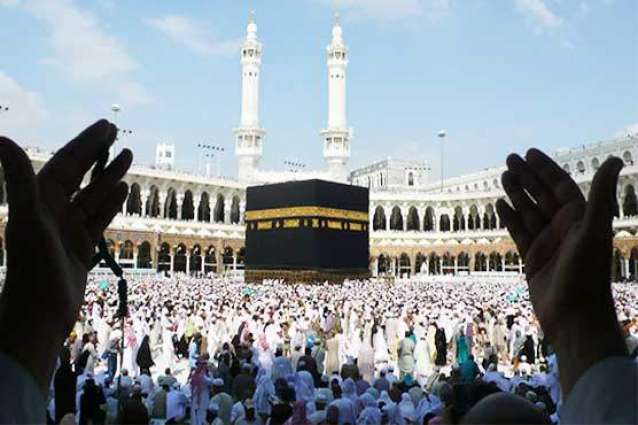 How to Avoid Hajj Scam By Using SMS Service? In order to prevent Hajj scam the Federal Ministry of Religious Affairs and Interfaith Harmony has launched an SMS service. They have launched this SMS service in order to ensure that the pilgrims going for Hajj this year to stay away from frauds and scams of the from fictitious Hajj group organizing companies (HGOs).

When the season of Hajj approaches there will be a significant number of Muslims who paid for a tour package for themselves and their families to perform hajj, but their dreams have been shattered by fraudsters.

In 2016 a large number of intending pilgrims protested against a private Hajj tour operator who fled away with their collected money and passports instead of sending them to perform the Holly ritual in Mecca.

The government of Pakistan has taken stern action against these fraudulent and made it sure to return back the money of the people.

To avoid the further fraud and hajj scam regarding the Hajj the government has also launched the SMS service so that the pilgrims before linking with any HGO can make it sure that the company is verified or not.

If you are a pilgrim and all set to perform holy ritual through the Hajj Group Organisers (HGO) you need to ensure the HGO’s authenticity.

How to use SMS service?

In order to check the HGO’s authenticity you need to send the first four digits of HGO’s enrollment numbers from mobile phone to 8331.

How to find out Hajj quota status?

The hajj quota status of any Hajj Group Organiser can be confirmed by the concerned department of the ministry by dialing the given phone numbers:

The Federal Ministry of Religious Affairs and Interfaith Harmony have announced that the organization would not be responsible for any kind of fraudulent activity. Before contacting any Hajj Group Organiser (HGO) the intended pilgrim must to check and verify its enrollment status of the allotted Hajj quota.

In order to avoid scams and frauds the intended pilgrims must need to contact with the approved HGOs and other travel agents after verifying their status by sending the first four digits of HGO’s enrollment numbers from mobile phone to 8331.

On the other hand the ministry of Hajj has made it a must for all the HGOs to deposit 5% of their private Hajj package amount to the ministry of Religious Affairs to ensure their performance and the submitted amount would be returned to them after getting the satisfactory and positive feedback from the private Hajj pilgrims regarding the services and facilities provided by the HGO.

Moreover, you can also confirm the details of the organizer by calling at the given numbers above or you can visit the official website of Government of Pakistan, Ministry of Religious Affairs.

As per the Hajj Policy 2018 nearly 59,210 would perform their religious duty this year through Private Hajj Scheme, whereas an official hajj scheme quota is 120,000.

He also revealed that the Hajj dues have not been increased in Hajj Policy 2018 to enable the intending pilgrims to perform the sacred religious duty with immunity.

The hajj charges are Rs.280,000 for North region while Rs 270,000 would be received from the intending pilgrims going to perform Hajj from South Region.

The intending pilgrims would have to deposit Rs 13,050 additional for sacrifice.

Saudi government has also made the biometric verification necessary for the pilgrims intended to perform their religious duty from 10th of January 2018.

Now all the Umrah and Hajj pilgrims traveling to Saudi Arabia would be bound to ensure their verification on biometric.

Saudi government has also imposed 5% more taxes on Pakistani pilgrims. The five per cent tax on Hajj 2018 pilgrims will be for using the services including transportation, residence and other during their stay in the Kingdom.