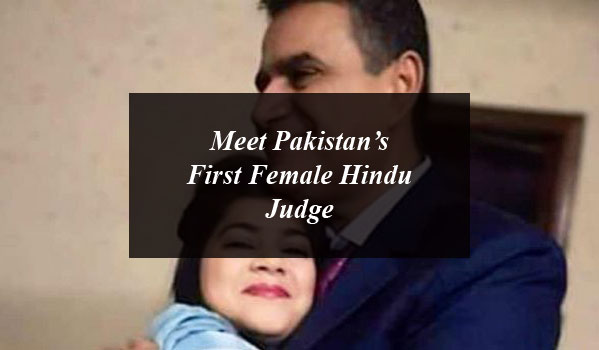 She has been announced as a Civil and Judicial magistrate in Pakistan. It’s the first time in the history of Pakistan that a woman from minority came forward to hold an eminent position in law. Suman Bodani belongs to Shahdadkot district of Sindh and has secured 54th position in the merit list after passing the Judicial Officers’ examination.

In an interview to a foreign New Channel the newly elected civil judicial magistrate, Suman Bodani said that she belongs to a diffident area of Sindh where the people have to fight to cope up with a lot of challenges. She added that the people of her area even cannot afford the fees to file their cases, and this the biggest reason behind her effort to be in the field of law and now finally secured the 54th position in the Judicial Officers’ examination and now become the judge.

She saidthat she always got the support from her family and did not care what peopleare saying and worked hard to achieve her goal.

It is pertinent to mention here that the first judge from the Hindu community was the famous Justice Rana Bhagwandas who served as the fourth chief justice of Pakistan from 1960 to 1968. He also remained the acting chief justice for brief periods between 2005 and 2007.

Female Students can Scooties & Bikes on Easy Installments in Punjab