HMD’s Nokia 8.1 comes with Android Pie and an HDR-equipped display out of the box with affordable price tag.

Nokia 8.1 Smartphone Availability, Specs and Price in Pakistan. HMD Global has introduced another new smartphone called the Nokia 8.1, which is the successor to the Nokia 7 Plus that was released by the company earlier this year. The company has officially launched the Nokia 8.1 in China as the Nokia X7 (same features) and the device is all set to hit the shelves in other European countries on 14th January, 2019. The 8.1 smartphone by Nokia also available now for pre-order in Middle East countries including UAE and will be official on 15th December there.

It will also be launched soon in Asian countries including Pakistan. The Nokia 8.1 is a higher mid-ranger device with outstanding specs. The main feature is its 6.18-inch FHD+ display that comes with HDR10 support. The screen benefits from HMD’s PureDisplay screen technology which endorses richer colors and higher contrasts. It also includes a notch on top and it features the new Adaptive Battery feature on Android 9 Pie helps provide 2-day1 battery life.

This smartphone also coming with the two-tone finish and its frame is made out of anodized aluminum. There are chrome accents around the fingerprint sensor on the back as well as the rear cameras.

The Nokia 8.1 smartphone comes with the 6.18-inch touchscreen display with a 1080 X 2244 pixels of resolution. It is powered by the 2.2GHz octa-core processor with the Snapdragon 710 and runs on the Android 9.0 Pie operating system because it is part of the Android One program. It has a 4GB of RAM and 64GB of internal storage which is expandable up to 400GB via microSD.

As far as the camera of Nokia 8.1 are concerned it has the dual back camera 12+13MP. The main uses the 12MP sensor (1/2.55”, 1.4µm pixels) and it sports Zeiss optics (with Optical Image Stabilization). The 13MP camera is just a depth sensor. On the front, there’s a 20MP selfie camera that snaps stunning shots in dimmer conditions, thanks to adaptive sensor technology that blocs four pixels into one. 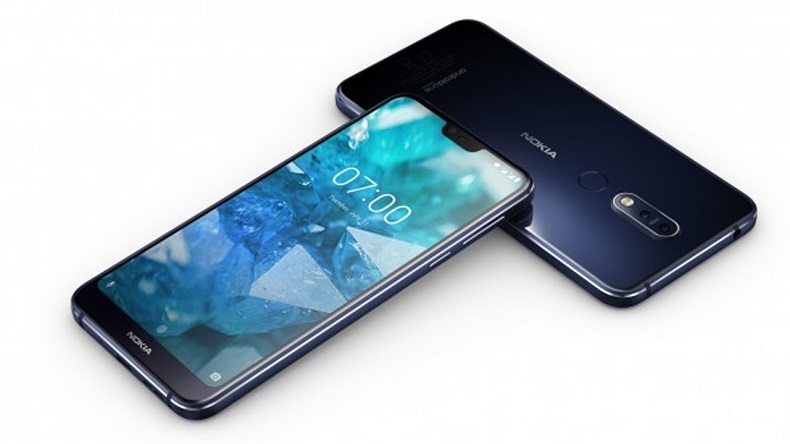 HMD Global has retained its Bothie feature in this smartphone that allows you take shots from both the front and rear end cameras simultaneously.

It is powered by a 3500mAh non removable battery which is capable of fast charging via an 18W charger and will be able to support up to 2-days of use on a single charge.

HMD Global has decided to launch it in worldwide markets in coming days with the price tag of €400, nearly Rs. 60,000 PKR.

The Nokia 8.1 will come in three different color options Blue/Silver, Steel/Copper, and Iron/Steel. 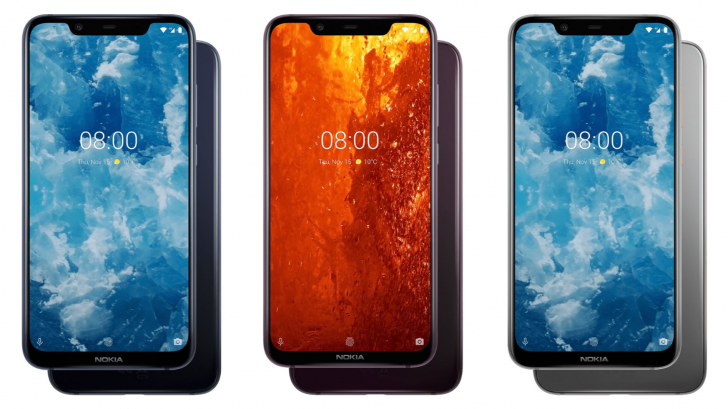 Have a look at the complete specifications of Nokia 8.1: