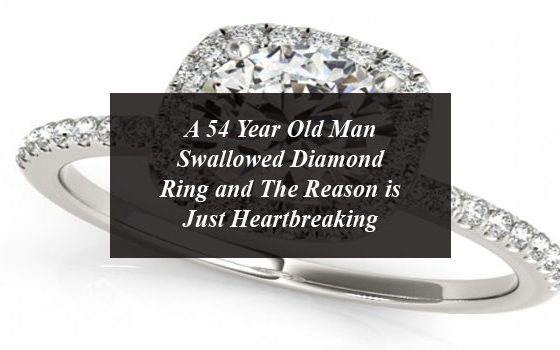 A man swallowed a diamond ring in a jewelry shop in Turkey.

A man belonging to Ireland has swallowed a precious diamond ring in Turkey’s jewelry store. During the trial, the person told the defendant that he had done because he was in shock.

Ian Campbell, who was on holiday in Turkey on 4th October, 2018, was arrested by the authorities. He had stolen a $ 40,000 diamond ring from the local jeweler shop and due to the fear of apprehend he swallowed the ring.

According to the eyewitnesses, when Ian had found that he going to caught due to the theft, he swallowed the ring immediately. Later on he was arrested and was taken to the hospital where doctors tried to get out of the ring through the natural way with the help of medicines.

But unfortunately the ring stuck and the doctors has performed surgery to remove it.

According to reports the 54-year-old Ian was hospitalized for two days. The doctors gave him laxatives medicines and used other tricks to remove the ring, but all in vein because the ring got stuck in his stomach.

An x-ray scan at the hospital showed that the ring with a 2.5-carat diamond was still in Campbell’s intestines.

Last week, Turkish authorities filed a criminal case against Ian and he told interesting and odd stories in a statement. He said he was shocked to see the ring and swallowed it. After that he became unconscious, but when he came to senses, the ring had gone to his stomach. He added that his wife had died and her wedding ring was lost, so whenever he sees a ring he tries to get it as soon as possible.