Pakistani Cricketer Haris Sohail under the Spell of Black Magic 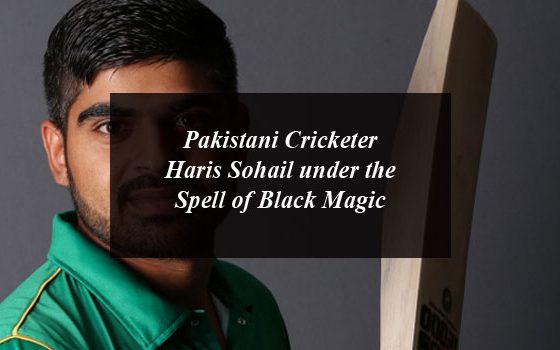 Haris Sohail back to the country due to knee injury and it’s all because of the spell of black magic performed on him.

Everyone is aware that Pakistan is on its tour in South Africa for the cricket series 2018-19. Pakistan and South Africa was playing the three test series and two of them are of the name of the South Africa.

Now it’s the turn of the third and final test match and both the teams have made changes in their squads.

The emerging middle-order batsman of the Pakistani cricket team Haris Sohail who is out of the team and back to the country due to knee injury after the first test, has recently claimed that he was under the spell of black magic which is the cause of his unsatisfied performance against South Africa.

He claimed that the black magic is also the cause of his early departure from the South Africa tour.

Haris Sohail is suffering from the knee injury which is worsening and he claimed that it’s all due to the spell of black magic.

The local media channel reports suggested that the batsman told the team management in South Africa that he is under the spell of black magic which is causing pain in his right knee.

As per the report of Bol News Hairs Sohail has told the team management in South Africa about his fear and return home in Sialkot instead of joining the rehabilitation camp. The report also mentioned that the management has decide to keep it secret and not to disclose the matter to the media as it may cause more mental stress to the cricketer.

However there is no confirmation how far this claim is true, for more updates stay in touch with daytimes.pk