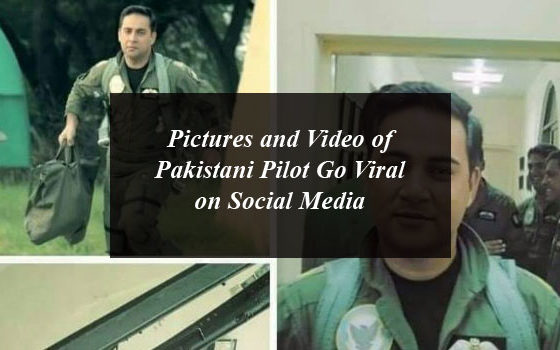 The pictures and video of Pakistani pilot who smashed the India aircrafts go viral on social media.

The picture of the Pakistani Pilot Hassan, who smashed the India aircrafts which are trying to invade in the country, go viral on social media and the people are appreciating the enthusiasm of the Pak Air Force’s squadron leader.

This brave Pakistani pilot has received great appreciation for the people of the country. The Pak Air Force’s squadron leader, who hit Indian jets this morning, is become viral on social media.

Here are the tweets in which the people are praising the Pak Air Force’s squadron leader Hassan for his great efforts on destroying the Indian jets.

It is important to mention here that the Pakistani Air Force has shoot sown two Indian jets today morning and captured a pilot Abhi Nandan alive.

The Pakistani people were going to drive on their pictures and video that went viral on social media.  In the video it can be seen that Squadron leaders take off their jet, then their other colleagues are gathered together and congratulate them with raising slogans.

On the other hand, Foreign Minister Shah Mehmood Qureshi has offered India to adopt peace again. He said that there is a right to respond to the view of the Indian jets invasion into the Pakistani boundary.