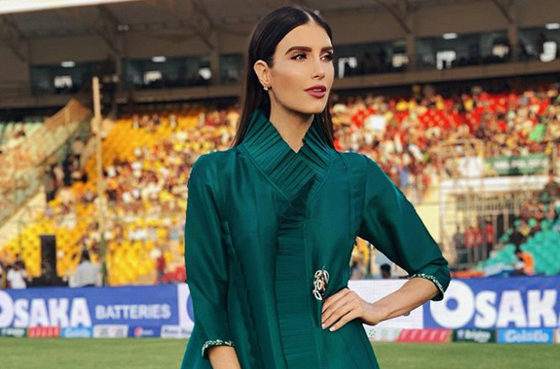 The 30-year-old model and singer, who was crowned as Miss World Australia in 2013, took to Twitter to share gorgeous photos of her. She can be seen donning an Asian bridal outfit by a local Pakistani designer.

Erin is the fiance of Quetta Gladiator’s all-rounder Ben Cutting. She went onto ask him how about this as her “Wedding dress?”

Fans praised her look and said she will rock a Pakistani wedding attire on her big day.

Earlier, she was spotted jamming with commentator Michael Slater in a video she posted on Instagram.

Jamming with @mj_slats post game for @thepsl – who knew he could play guitar??