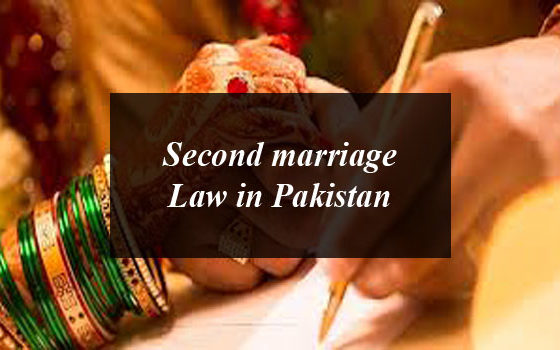 If you are looking for the answer to all these questions, you are right here. In this article, we have outlined all the necessary details about the second marriage law in Pakistan.

For the second marriage, the approval form the attribution court is very much essential.

Second marriage is permissible in Pakistan but restricted because the permission of the arbitration council and first wife is mandatory as per the declaration of the Islamabad High Court (IHC).

A man is required to submit written permission from his first wife if he wishes to remarry.

What is the punishment of Second Marriage?

If the man in Pakistan performs a second marriage without the consent of first wife and arbitration council, he has to be punished on the complaint and he will be sentenced to one year and with fine of Rs. 50,000.

How to get permission from the Arbitration Council for second marriage in Pakistan?

For doing second marriage in Pakistan a person needs to have an application for permission shall be submitted to the Chairman in the prescribed manner, together with the prescribed fee, and shall state reasons for the proposed marriage, and whether the consent of existing wife or wives has been obtained thereto.

The Arbitration Council cannot act automatically while granting permission because the decree has affirmed that before doing so it has to be fulfilled that such permission would be just and compulsory. A husband who agreements another marriage during the existence of an earlier one in the breaking of the rations of the Ordinance of 1961 certainly depicts himself to the risk of being imprisoned or fined or to both.

For more information regarding the second marriage in Pakistan, you can click here.