Get Ready For a “Sin Tax” in Pakistan 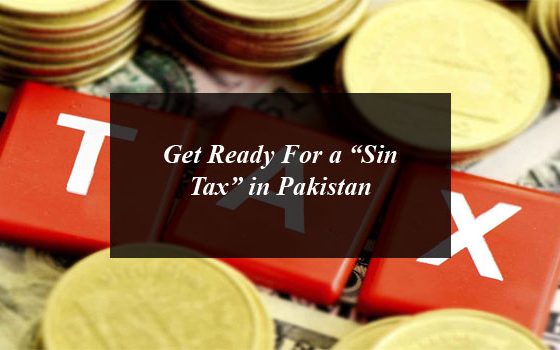 Get Ready For a “Sin Tax” in Pakistan. Yes you heard the right now you have to pay sin tax if you are a smoker and in Pakistan. The Pakistan Tehreek-e-Insaf government has decided to impose another tax special tax which is called as the sin tax and it will impose especially on smokers. The media reports revealed that the government of PTI has decided to levy a new tax on smokers and the main aim of imposing this tax is just to discourage the smokers to cut down smoking in order to tackle with the health issue.

The sin tax money will be used for the Prime Minister’s Health Programme projects in the country. The tax under the specific head is expected to make billions of rupees yearly as the total cigarette consumption in Pakistan is assessed to be worth above Rs. 4 billion.

How the government would deduct Sin Tax?

Pakistan the second country to impose tax on smokers:

After imposing the sin tax on smoker Pakistan will be the second country in the world after Philippines.

It is hoped that this step of imposing the six tax on smokers by the PTI government would be helpful for not only making the smokers aware about the health hazard and also generate a revenue that would be spend on the  Prime Minister’s Health Programme projects in the country.