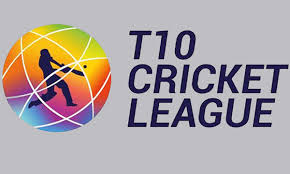 T10 League Season 2: Schedule, Teams, Venues, Tickets and Live Streaming. Debuted last year with the season one the T10 League is all set to come with the season two schedule to be held in United Arab Emirates (UAE) from 21st November to 2nd December, 2018. The official of International Cricket Council (ICC) has officially announced the T10 League Season 2 of the shortest cricket series with the teams, squads, venue and schedule.

T10 League is the shortest cricket game after the T20 and 50s games. The T10 League debuted in 2017 with the series started in December. It is the first ever T10 Cricket League based on ten overs. The T10 Cricket League 2017 held in the United Arab Emirates and played in Sharjah Cricket Stadium on 14th December. Last year six teams took part in this shortest cricket series including Kerala Kings, Maratha Arabians, Pakhtoons, Punjabi Legends, Sri Lanka Cricket and Bengal Tigers.

Punjabi legends and Kerala Kings were in final of T10 Cricket League 2017 and Kerala wins with 8 wickets.

This year the ICC has officially declared the T10 League Season 2. Now 8 teams will be the part of this cricket series this year with the inclusion of two new team and many international players will also be the part of it.

According to T10 League chairman Shaji Ul-Mulk, the approval from the ICC will only add more shine to the 10-day tournament.

This year 8 teams will be the part of the T10 League Season 2 including:

Captains of the teams:

eight teams will be led by the 8 most renowned and legendary players including Eoin Morgan, Virender Sehwag, Shahid Afridi, Shoaib Malik, Sarfaraz Ahmed and Dinesh Chandimal.

Here is the complete Schedule of the T10 Cricket League 2018:

The cricket series is scheduled to start in November 2018 in UAE and all the matches will be in Sharjah Cricket Stadium.  The T10 League is conducted by Emirate Cricket Board.

The official announce of the complete squads will be declared after the draft ceremony on 2nd September 2018, but each of the above mentioned 8 teams have five players.

The T10 cricket league live score is updated on cricketgateway.com.